Gogolewko – a fen in the Słupia Valley Landscape Park – at the request of the Naturalists’ Club, was established as a nature reserve. It was due to the efforts of the project partner – the Regional Directorate of Environmental Protection in Gdańsk.

The reserve aims to preserve the complex of soligenous peatlands together with the biocenoses characteristic of these ecosystems. The objects of protection in the planned reservation are:

The analysis of geological cross-sections revealed the occurrence of four types of ecological peatlands in the planned nature reserve (Succow, 1988). These are fluviogenic, soligenic, spring and lake-origin fens. Peatlands of various types are connected in spatial complexes and can transform into one another as a result of succession, often induced by hydrological changes in the landscape scale. 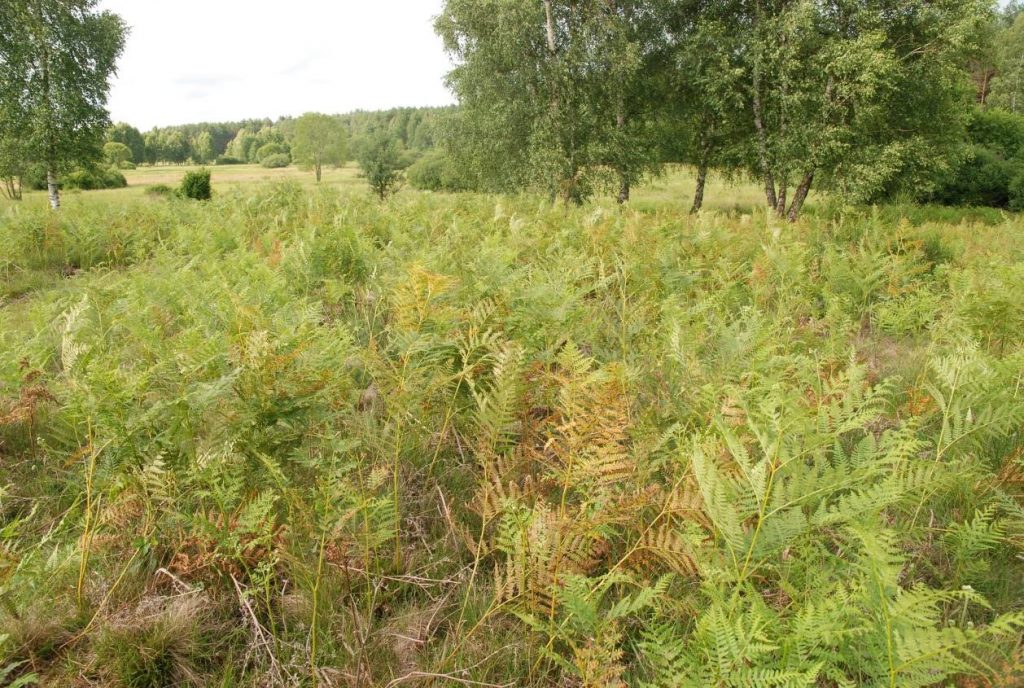 Mineral copula in the central part of the reserve

The largest area is represented here by fens filling the lake basin. Peat patches with a thickness of about 1-2 m are covered by deposits of lake sediments – organic and organo-limestone gytta with a slightly larger thickness.

The best preserved soligenous fens are found around mineral elevations extending from the south to the north in the central part of the former lake basin. This is due to past drainage, which partially cut off the inflow of groundwater coming from the uplands. Almost the entire peatland is surrounded by ditches that catch underground water. The lack of ditches around the mineral islands is a condition for the survival of alkaline fens with characteristic vegetation in their vicinity.

Within the area of the fen of the reserve, spontaneous regeneration of the moss vegetation within sparsely post-excavation pits areas was observed.

Spring part of the fen

Within the peatland, we also performed protective measures in the form of tree felling fragments that disturb the water relations on the bog and we also renovated 17 valves, which were built several years ago and significantly contributed to stopping the water outflow from the area.