At the beginning of January 2017, we finalized building of other dams. This time in the Kopaniarze fen in the province of Warmia-Mazury. The fen is located on a dozen parcels of land, owned by private individuals and the State Forests. Due to the ongoing negotiation of the way of making peatland available for protection purposes, we have decided to implement only part of the planned dams. A total of 4 dams were set up on private land. Earlier on the same parcels, protective measures were carried out in the form of one-time, preparatory mowing and removal of trees and shrubs. 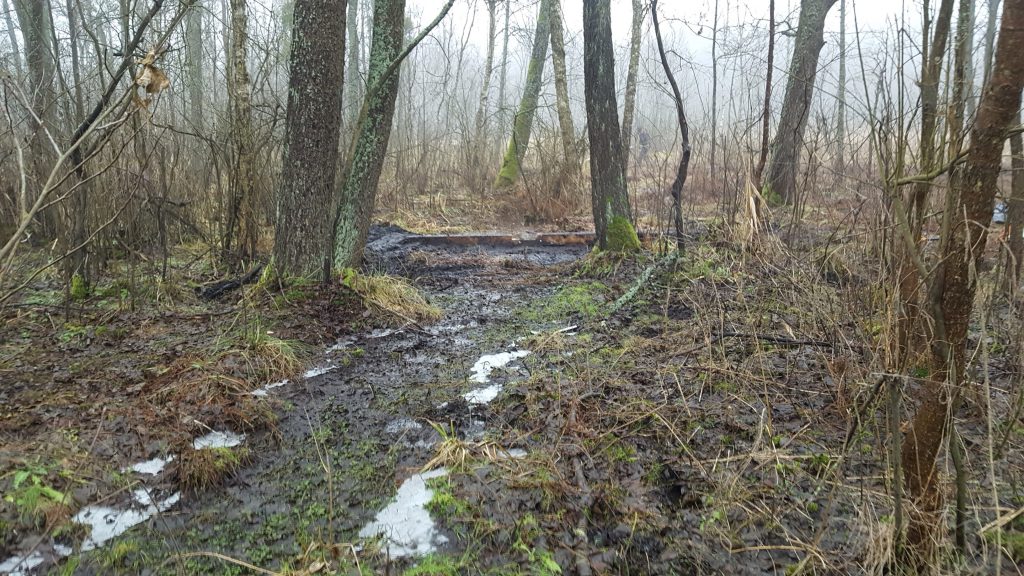 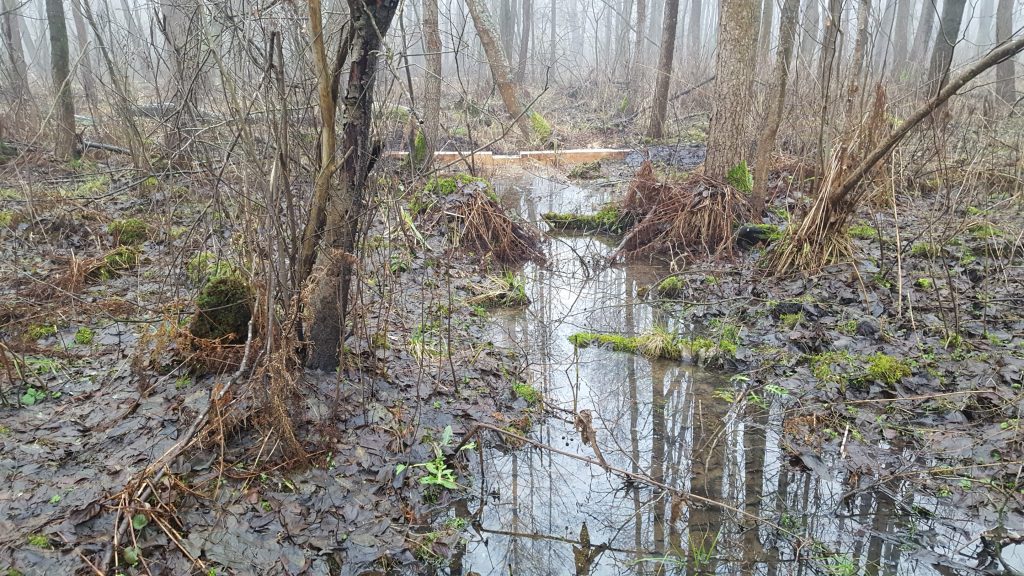